Before I forget… Happy Winter Solstice!

Seven of us skied Brazos Cones/Overlook yesterday, December 20, 2014. Five of us, Kathi, Doug, Steve, Vit and I, attempted to totally track-out Cone1; while Alan Shapiro and Sarah Stout ventured out to the overlook. Pow-pow was so good and plentiful on Cone1 that we didn’t venture over to Cone2. So lucky to score an early season snowpack deep enough to avoid rock dodging. Probably my best first day out in many years. Full sun and barely a whisper of wind. Three of our group headed home early, leaving Sarah, Alan Kathi and I finishing off the Blue Heron Brewpub in Espanola. If we get any new snow this week, might have to repeat next weekend. 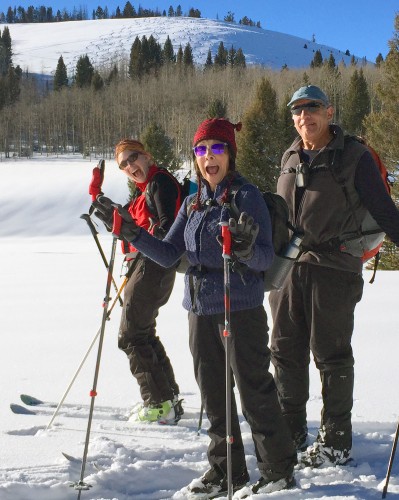 Kathi and I conveniently ran into Alan and Sarah right as we glided out on our last run of the day. 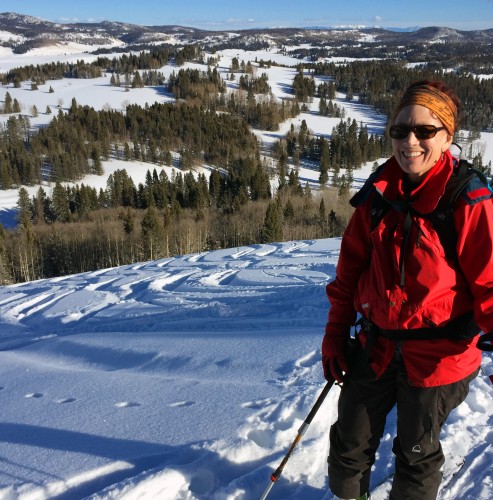 Kathi high atop Cone1 and ready to descend. We got into a nice routine. Descend, don skins, climb, remove skins, move over a few feet to the north, repeat until quads screamed. 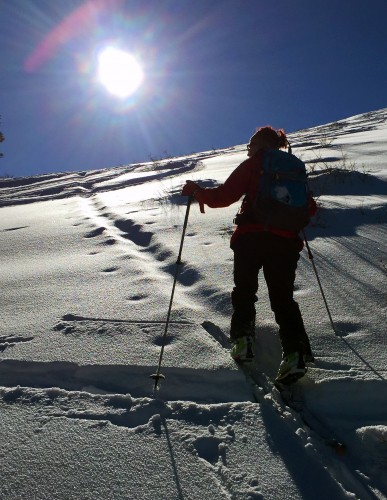 Kathi ascending a previous storm skin track for our last run of the day. The last two runs of the day were sublime. By then we had worked our way around the east flank of Cone1 and were onto the almost totally shaded northeast exposure with thick hoarfrost feather topping the powder.